Dark Theme was introduced in Fire OS 8. So, this guide applies to Amazon Fire tablets with Fire OS 8.

Why do you need the Dark Theme on Fire tablets?

Dark Theme, aka system-wide dark theme, was officially introduced in Android 10. It allows you to show content in a dark background on the screen.

Fire OS 8, which is based on Android 10, implemented the Dark Theme on Fire tablets without messing it up.

The advantages of using the Dark Theme include the following:

For most Fire tablet owners, you may just leave the Dark Theme on in most situations.… Read the rest 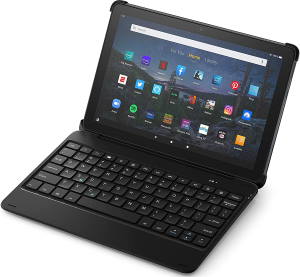 The 11th Gen of Fire HD 10 is not a significant upgrade to the 9th Gen. A lot of key features and specs (and the price) still keep unchanged.

The tablet is still powered by the same MediaTek MT8183 (64-bit octa-core). It is a decent entry-level mobile chip and is probably still the fastest processor for a tablet under $150. Anyway, for most Fire HD 10 tablet owners, the chipset should be sufficient.  You may get a bit frustrated if you play heavy games or render videos on the tablet. 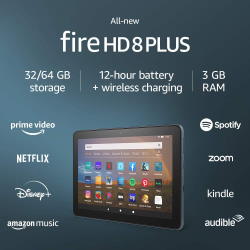 Fire HD 8 Plus and Fire HD 8 2020 share identical dimensions and ports. So the cases for these two tablets are interchangeable. The hardware inside these two tablets is almost identical with two exceptions (read on).  Both tablets also run the identical software with almost identical Fire OS 7.3 (which is based on Android Pie/9.0). This also means it is very easy to add Google Play Store to both tablets. You can also use the micro SD card as internal storage on both devices as well. There are two major differences between Fire HD 8 Plus (2020) and Fire HD 8 2020.

Amazon increased the RAM in Fire HD 8 (10 gen)to 2GB (from 1.5GB in previous generations). And Fire HD 8 Plus further increases the RAM to 3GB. So, Fire HD 8 Plus is the Fire HD tablet with the largest RAM, currently. Remember, the latest Fire HD  10 (Fire HD 10 2019) only has 2GB RAM. More RAM is good news for heavy users. … Read the rest 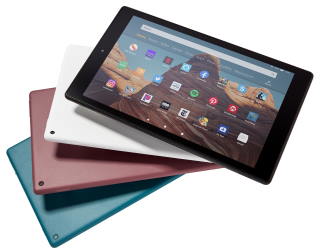 Fire HD10 2019 (Fire HD 9th Gen) is an updated model for Fire HD 10 2017 (7th Gen). It is a significant update with some new features and improvements and at the same affordable price.

As Amazon stopped the Fire HDX series of tablets, Fire HD 10 is the “flagship” tablet from Amazon. And Amazon now refreshes the tablet every two years.  Fire HD 10 and Fire 7 were updated from 7th Gen to the 9th Gen in 2019.

This Fire tablet buying guide explains everything you need to know about Fire HD 10 9th Gen: the new features, pros and cons (review) of Fire HD 10 2019, alternatives to this tablet, and answers to questions you may have about this tablet.

But don't be fooled by the look. There are some excellent new features. Here are the top 9 new features (compared to Fire HD 10 2017).

Google Play store is the store for Android devices. Although the Amazon App store and the pre-installed Amazon apps are sufficient for some owners, many users may need to install Google Play Store on Amazon tablets to get more value from their Fire 6, Fire 7, HD 8 or HD 10.

This Fire tablet how-to guide explains the steps of installing the Google Play Store on an Amazon Fire tablet, and shows you how to download and install the 4 correct APK files.

This guide applies to all Amazon fire tablets with Fire OS 5 or newer. So, you can follow this guide to install Google Play Store on Amazon Fire tablets, including Fire 6, Fire 7, Fire HD 8 and Fire HD 10 from 4th gen to 8th gen, including the Kids edition.

Why do I need to manually install Google Play Store on Amazon Fire tablet?

In the past, Amazon tried very hard to make it difficult to install the Google Play store on the Fire tablet. But since Fire OS 5 (corresponds to Android Lollipop 5.1), Amazon apparently stopped the efforts.